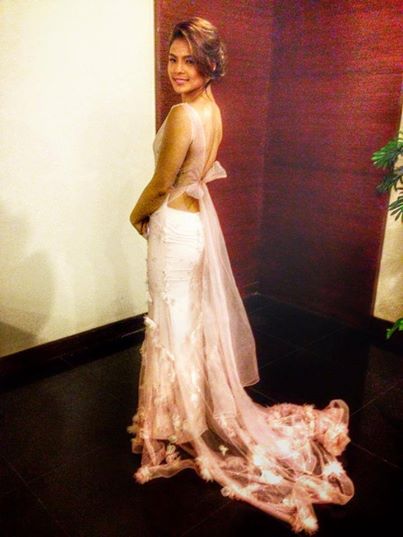 After the success of Akin Pa Rin ang Bukas, Kapuso premier drama actress Lovi Poe is back on GMA Primetime as she breathes life to the character of Shiela Salazar-Real in “Ang Dalawang Mrs. Real”.

Compared to her previous TV roles, The award winning actress plays a totally different character in the new series as she is required to be adventurous and strong-willed but eventually her vulnerability as a woman who loved a man dearly will also be revealed.

Playing the husband in the series is Kapuso primetime king Dingdong Dantes as Anthony Real as the man Shiela fell in love with and married. However, everything will change when she finds out that she is not the only Mrs. Real; that her husband is also married to Millet portrayed by the Diamond Star Ms. Maricel Soriano. This is the first time that Love will work with these two actors on television and she says this is what excites her the most.

Will Lovi’s character Shiela face and confront the other Mrs. Real? Will she stay strong and fight for her right? Or will she let go?

Find out when you watch “Ang Dalawang Mrs. Real” Weeknights on GMA. For sure, the show will be a ratings success, following Lovi’s track record in the ratings game, as proven in her previous shows “Akin Pa Rin Ang Bukas”, “Legacy” and “Yesterday’s Bride”. Indeed, the Primera Aktresa is on a roll.