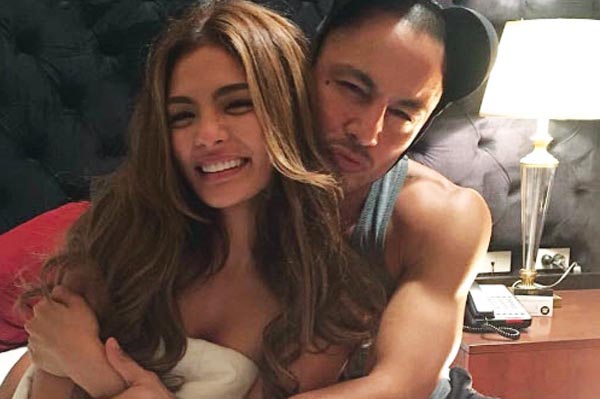 How far would you go for love? Everything has a price, even love!

#TheEscort Teaser is now here! The full trailer will be posted here soon.

Do you miss watching Lovi Poe on the big screen, especially in movies produced by Regal Films?

Lovi Poe is about to make a mainstream comeback via “The Escort”, a sexy adult drama with Christopher de Leon and Derek Ramsay! Originally, Kapamilya actress Ellen Adarna was tapped to play the lead role, but production conflicts prompted the film outfit to give the project to Lovi Poe.

Christopher de Leon and Lovi Poe were last seen together in the teleserye “Beautiful Strangers”. However, it will be a first for the Derek Ramsay-Lovi Poe tandem. The two appeared on the anniversary issue of FHM way back in 2011 and it is nice to see that both actors will sizzle together this time on the big screen.