NOTE: ‘We Love Lovi’ is a new segment in the site where fans can submit essays and express how much they love and appreciate Ms. Lovi Poe as an actress, singer, model, endorser and an overall badass chick! For the first kick, we feature this passionate article written by Jenica sharing her Top 5 Favorite Lovi Poe TV Shows. Enjoy!

I am an avid fan of Ms. Lovi Poe since the time she entered into show business as a singer in 2006 and an actress. Her first love team is the very handsome actor Cogie Domingo on their youth oriented TV show “Love to Love”. I watch her bloom as an actress when she has been a part of the show “Bakekang” which is Sunshine Dizon as her mother.

Her acting praised and touch the lives of the audiences as she hailed as the Best Female TV personality at PMPC. Her role portrayed is very heart breaking and that’s why there are so many people believe in her and one of them is me. She also portrayed the role of reporter on the show Zaido where Dennis Trillo is the lead actor with Aljur Abrenica and the late Marky Cielo.

I an avid Kapuso so I know almost everything about GMA shows and Lovi is one of the reason why I do watch dramas because of her effective portrayal of drama roles. I love all her movies and tv shows because of her innocent and very charming face on screen. I also like her as a fashion icon and a fitness enthusiast.

END_OF_DOCUMENT_TOKEN_TO_BE_REPLACED

The afternoon series ‘Yesterday’s Bride’ is now on its finale week. In this video, Lovi Poe answers questions related to her rumored romance with leading man Rocco Nacino. Honestly, we feel that it is better for Lovi to just concentrate on her career now. Or at least not be romantically involved with Rocco, who just got out of a long relationship with Sheena Halili. 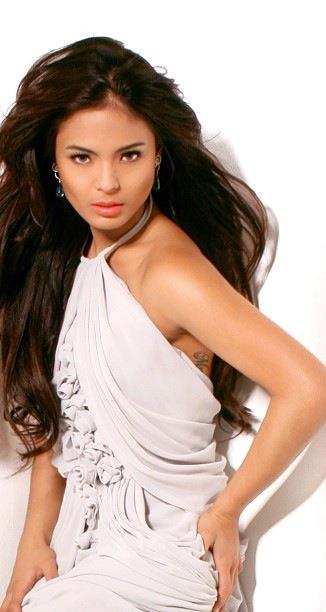 GMA 7’s Most In Demand Actress, Lovi Poe is currently enjoying the success of her solo starrer “Yesterday’s Bride” which has been consistently at the top of the ratings since it began airing last October. “I’m overwhelmed by the viewers’ acceptance of the show, at kung paano nila nasubaybayan ang love story ni Andrea at ni Justin”, confesses the award-winning actress. “It was also my first time to do a conventional soap”, admits Lovi, who is known for playing strong, offbeat portrayals in the past.

Lovi is also busy finishing a romantic love story entitled “The Bride and the Lover” with Jennylyn Mercado and opposite Paulo Avelino. In the film, Lovi plays a jilted bride and seeks revenge on her former lover Paulo and his paramour, Jennylyn, who happens to be her bridesmaid. The film is slated to be shown next month. Lovi is also elated with her most recent nomination for Best Actress in the forthcoming Golden Screen Awards for TV. This was for her performance in “Legacy”, Lovi’s teleserye last year.

Meanwhile, Lovi will celebrate her birthday this Sunday in GMA’s Sunday variety program, “Party Pilipinas”. The star is set to do production numbers with colleagues who are close to her heart. “It’s going to be an exciting birthday”, says the actress.

Yesterday’s Bride is set to bid farewell in the GMA Afternoon Prime slot. In this video, Lovi Poe shares her comments on the show and the people she work with. She also reveals that she can relate to her character in the story.

Lovi Poe (Lorraine) and Karel Marquez (Sabrina) are fighting for the love and affection of Justin (Rocco Nacino) in Yesterday’s Bride. We’re sharing one of their catfights in the show woot.