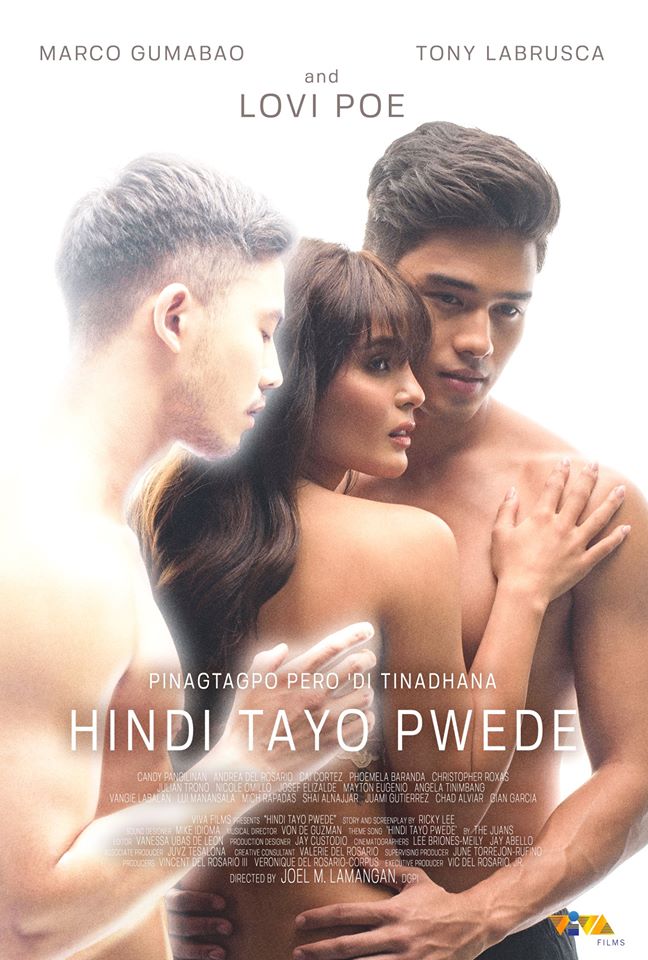 For the first time, Lovi Poe is set to star in a movie produced by Viva Films.

HINDI TAYO PWEDE (formerly ‘In Between Goodbyes’) is a sexy-drama under the direction of Joel Lamangan with the screenplay written by Sir Ricky Lee.

Also for the first time, Lovi is paired with two promising lead actors Tony Labrusca (Glorious, Ang Henerasyong Sumuko sa Love) and Marco Gumabao (Just a Stranger). The trailer is yet to be released, but the final playdate is March 4, 2020. Exciting!

Here’s the official movie poster of ‘Hindi Tayo Pwede’. The new title is inspired by the song with the same title which was performed originally by The Juans. We’ll keep you posted!